Whether you are going out or chilling out, consider what art and entertainment you've both encountered over the years that you’ve loved: a favourite movie, book, poem, song, prayer? Do some reminiscing — the perfect passage might be right in front of you.

I once had an older couple who had a few grown children. To bring the ‘kids’ into the ceremony, they had them each read great quotes from their favourite movies. These included: Billy Crystal’s speech at the end of When Harry Met Sally, Tom Hanks’s radio call from Sleepless in Seattle, Leonardo DiCaprio’s conversations with Kate Winslet in Titanic, and the first-person narration from The Notebook.

Of course, couples have gone beyond the typical romantic movies too. I have used a few quotes (and accents!) from The Princess Bride.

Most often, couples have a shared love of a book they read together such as The Little Prince, or authors like Pablo Neruda, or classics by Jane Austen and Charlotte and Emily Bronte. But think beyond the obvious and consider modern authors you love. Maybe one of Jonathan Safran Foer’s novels spoke to you, a passage written by Nicole Krauss really stuck with you, or you loved one of David Sedaris’s funny yet touching essays.

Your favourite storybooks from childhood can be quite entertaining and grounding, especially when read by a young person. Excerpts from books by Dr. Seuss, Shel Silverstein, Maurice Sendak, Roald Dahl and other classic authors might surprise you with how romantic they can be. Simple readings such as, “Everything I really need to know, I learned in Kindergarten” can get to the core of what really matters in your relationship.

If love didn’t exist, there would be a lot fewer songs on your playlist. Drink in the lyrics of all music that you love though. It doesn’t have to be a traditional song. I have had couples use lines from Metallica!

Consider what song was playing on the radio on your first date, in the restaurant during the proposal, or the band that you’ve both gone to see many times.

If you can’t decide between several short poems, consider having multiple readers recite them one after the other. Each person can introduce the next, but try not to make them too long or go past three at the most (one to two is best!)

Feel free to use ethnic or cultural readings that don’t necessarily reflect your backgrounds, such as Kahlil Gibran’s The Prophet. Other places to start include: the Dhammapada (Buddhist), the Song of Songs (Jewish), the Bible (Christian) and the I Ching (Chinese). Give your Officiant insight into the reading’s source so they can include it in the introduction (or in your ceremony program). If you’re having a religious ceremony, there may be certain requirements about or restrictions on what can be read, but I am open to all.

Or, skip the reading all together, but use these texts as inspiration for your ceremony and vows! Here are some examples of words to use as well: 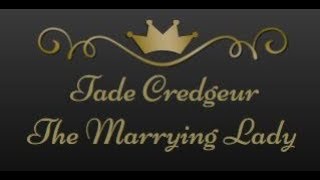